The corona virus cartoon featured in Jyllands-Posten has evidently agitated many people because the Chinese flag is used as an illustration. Under no circumstances was it ever the intention to offend the Chinese people, nor to exploit the existing serious situation, in which the corona virus is costing human lives, for satire.

The cartoon describes the evolving issue that this disease is currently spreading from China to other countries in the world. By means of cartoon drawing and the inherent spatial limitation, the Chinese flag has been used to tell this story, in the same manner that the flags of other countries, such as those of Denmark and the United States, are often used in more or less caricatured contexts. Jyllands-Posten celebrates the principle of freedom of expression and allowing room for divergent views. This may sometimes result in some individuals feeling offended, and although we might empathise with this, it does not form the basis for our editing of the newspaper. However, we would like to reiterate that it was in no way the intention for this cartoon to be offensive. 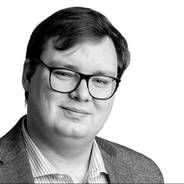