SF's meeting marked the fifth in a series of major summer conferences held by parties holding seats in parliament.

The party took the opportunity to unveil a more streamlined and styled public image, which it hoped would draw voters from fellow opposition parties, the Social Democrats and the Social Liberals to build on its current 11 seats in parliament.

'We need to be big enough so that after the next election, the other parties won't dare to keep us out.'

The party's choice of venue at the Royal Academy of Arts' School of Architecture and its proposal to back the business community - or at least environmentally friendly companies - was considered an attempt to shed its dusty image as merely being the party of choice for latter-day Marxists and high school teachers.

'We must destroy the myth that we are only a party that can spend money. We also know how to make money,' said Søvndal.

He noted that the party's top officials had spent the summer visiting companies such as wind turbine producer Vestas, bio-fuel developer Novozymes and pump producer Grundfos to demonstrate its commitment to renewable energy.

'The part of the business world which is concerned about making its money in a way that does not harm the climate or lead to people dying of air-borne particles in major cities - we will form alliances with them.'

Or to put it another way: 'There are both good and bad capitalists,' said Anne Grete Holmsgaard, the party's energy affairs spokesperson.

SF stated at the meeting that it sought to increase reliance on renewable energy sources to 50 percent of total energy use and 80 percent of the country's electricity production before 2025. 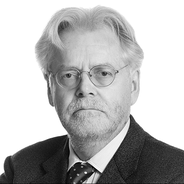