The Danish men’s ice hockey team is on the brink of being relegated to international ice hockey's B division after losing to Germany on Saturday at the IIHF World Championships in Stockholm.

Despite dominating much of the match and going ahead early on in the second period on a Morten Green goal, the Danes once again failed to secure any points as the Germans fought back to win 2-1 thanks to goals from Thomas Greilinger and Philip Gogulla.

It was a harsh fate for a Danish team that played an outstanding game, out shooting the Germans 28-27, but the German net minder, Dennis Endras, played a monster game, dishing out save after save to keep the Danes at bay.

Although the Danes are now unable to reach their pre-tournament goal of advancing to the quarterfinal, the team is somehow still brimming with optimism.

“We have to continue playing the hockey we showed against the Germans,” forward Nichlas Hardt told the Danish Ice Hockey Union website. “We need to maintain a high level of energy, have the whole team behind us and believe that we can win, as we did against Germany.”

Denmark currently sits at the bottom of their group and need two points in of their last games against Latvia and Norway to trelegation.

The Danish struggle to avoid the drop starts today, when the team faces Latvia at 4:15. 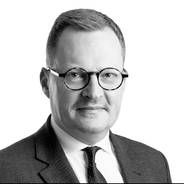 32 mio. gode grunde for amerikanske præsidenter til at komme til Irland