After another round of revelations from former PET secret agent Morten Storm cast serious doubt on the domestic intelligence agency's role in the targeted killings of terrorists, PET's director, Jakob Scharf, has categorically denied allegations against his organisation.

"We have not contributed in, nor to, the operation that led to the killing of [al-Qaeda terrorist Anwar] al-Awlaki," Scharf told Politiken newspaper.

PET's role in the September 2011 killing of al-Awlaki has been under scrutiny since Storm, a former biker gang member turned militant Islamist turned double agent, came forward in Jyllands-Posten newspaper in October and detailed how he infiltrated the terrorist's inner circle while working with both PET and the CIA.

“I helped the CIA and PET track Anwar so the Americans could send a drone after him,” Storm told Jyllands-Posten in October. “That was the plan, which was created by the CIA and PET.”

Since then, a nearly endless stream of revelations and accusations have come from Storm, including claims that he provided a Western wife to al-Awlaki who was outfitted with tracing equipment by PET without her knowledge, that PET attempted to buy his silence with the offer of 125,000 kroner, and that he was not the only Dane to have gotten up close and personal with al-Awlaki. Storm himself has also come under criticism, including from those who knew him during his time in England and claim that he was a hot-headed "infiltrator" who tried to sell drugs to young Muslims.

Now, over this past weekend, Storm dropped another bombshell by providing a recorded conversation to Jyllands-Posten in which he and one of his PET contacts, who is identified as 'Olde', discussed the possibility of tracking another terrorist, Abu Basir, with references to a possible drone attack by the Americans.

The recording was secretly made on Storm's iPhone during a meeting this summer with 'Olde' at the Hilton Copenhagen Airport. At the meeting, Jyllands-Posten also reported that 'Olde' delivered $10,000 in cash to Storm, who was referred to in the recording by his PET code name of 'Archi'.

"The drones need to find them," 'Olde' says in the recording. "They need to have something to find them with."

"Yeah, and we can give that to them," Storm replies.

The new report from Jyllands-Posten puts PET's official line of not pursuing actions outside of Denmark's borders in serious question, according to experts contacted by the newspaper.

"PET has said that they don't take part in the killing of civilians in foreign countries, but if this material holds up, it is documentation that PET is actively involved in tracking and contributing to the liquidation of al-Qaeda terrorists abroad," Lars Erslev Andersen, a senior researcher at the Dansk Institut for Internationale Studier, told Jyllands-Posten.

"The conversation indicates that PET is highly active when it comes to eliminating people in foreign countries and that doesn't exactly jibe with Jakob Scharf's explanation," Bonnichsen told Jyllands-Posten. "This [the new recording] seems like a preparation for a drone attack and one gets the impression that PET is more aggressive than the CIA."

Despite the appearance of the new audio file, Scharf insisted to Politiken that PET is not involved in targeting killings.

"We can not and will not take part in operations that have the goal of killing someone, and that is the case whether one considers them civilians or military personnel," Scharf said.

"Now it is one man's word against another's," Skipper told Politiken. "Therefore we need the justice minister to give a clear answer on whether he has looked into the matter and whether PET has followed the rules."

Last month, in response to the unanswered questions surrounding Storm's allegations, Bødskov said thathe would seek increased powers for parliament's Kontroludvalg, a committee established in 1964 to oversee PET, including giving the committee insight into PET's use of civilian agents, an area in which it has not historically had any power.

With Scharf's denials directly contradicting the new recording released by Jyllands-Posten, Andersen said that it is more important than ever to get to the bottom of the situation.

"I have no reason to doubt that Jakob Scharf is telling the truth," Andersen told Politiken. "But I can say that what he is saying is something different than what Jyllands-Posten has presented through various documentation. This discrepancy is a problem because it is important that the Danish people have trust in the Justice Ministry and PET." 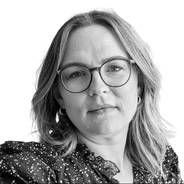