A government proposal that could do away with the requirement of separation before divorce is an unhealthy signal to send, according to family counsellor

Speed-dating, that match-making practice that lets people meet a number of potential suitors within the space of minutes, is a popular endeavour amongst eligible singles these days. But it seems that the fast-paced, no-nonsense life may soon extend to the closing stages of partnerships as well.

Parliament has introduced a proposal that will enable people to get a divorce without the mandatory six-month separation period.

“For people facing a strenuous divorce, it can be right not to drag the process out and thereby skip the separation period,” Simon Kollerup (Socialdemokraterne), local government spokesperson told Jyllands-Posten newspaper. “For others it will be better to have a break to think, and we’re not forcing people to get a quick divorce, only the opportunity to do so.”

And according to a Rambøll/Analyse Danmark/Jyllands-Posten survey, almost 65 percent of Danes are in favour of the move, which was brought up in March by the social affairs minister, Karen Hækkerup (Socialdemokraterne), who at the time called the marriage laws “out-dated”. The laws have not been altered since 1992.

Only 26.4 percent disagree with the proposal, and one of them is Louise Shack Elholm, Venstre’s spokesperson for family issues.

“Lots of people change their mind about getting a divorce, which is why it is good that they have some time to think it over and try to save their marriage,” Elholm told Jyllands-Posten. “If people are allowed to get a divorce in a week, we risk putting children in situations that they may not be prepared to handle.”

Annette Due Madsen, a family counsellor with Center for Familieudvikling, agreed with Elholm's reaction.

“A quick divorce is a poor message to send and implies that divorce is a quick and easy affair. This is definitely not the case,” Madsen told Jyllands-Posten. “A divorce is, particularly if children are involved, an enormous adjustment and a completely new way to behave as a family.”

Madsen, who estimated that about 20,000 children see their parents split up each year, said couples on the verge of divorce tend to be unable to communicate and cooperate, something they need help with. Norway and Australia, which have similar parental laws to those in Denmark, are her role models.

“But in these countries, there are considerable and long-term programmes to help people going through a divorce. With a quick divorce in Denmark, you risk suddenly being alone without the necessary tools required to make sure both parents help raise the children,” Madsen said.

Aside from proposing to make the separation period optional, the government has also proposed increasing divorce fees from 500 kroner to 900 kroner. 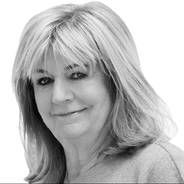