A proposal that would make it illegal to purchase sex has reportedly been given the thumbs down by a Justice Ministry committee, charged with determining the legality and feasibility of proposed legislation.

Even though making the purchase of sex for hire illegal has broad support in parliament, it is expected that members of the coalition government will accept the recommendation by Straffelovrådet to bury the proposal. The ban was aimed at the criminalising johns, not prostitutes.

“I imagine that we will now look for a milder solution,” Pernille Vigsø Bagge, the equality spokesperson for coalition member Socialistisk Folkeparti (SF), told Politiken newspaper.

“SF adopted the policy in executive committee in 2005 and we have not changed our minds,” said Bagge.

Langhoff’s party came out in favour of a sex trade ban in 2009 after a heated internal struggle.

Mette Frederiksen (S), the current employment minister and the party's social welfare spokesperson at the time the ban was aired, was a strong advocate of criminalising prostitution.

The justice minister, Morten Bødskov (S), is on record as opposing the criminalisation of the sex trade. Straffelovrådet, which will release its report next week, is under his jurisdiction.

The gender equality minister, Manu Sareen (Radikale), said during the 2011 election that he supported banning the sex trade because it exploited women. Last month he told parliament he is no longer sure a ban is the best solution.

Dorit Otzen, who runs a shelter for prostitutes in Copenhagen's Vesterbro, said parliament should pass the ban.

"I hope that SF pushes for the resolution,” she told Politiken. “I have seen the consequences of prostitution for many, many years.”

If it is unable to pass the ban, the government is expected to offer help to sex trade workers and trafficed women through counselling and other support programs. 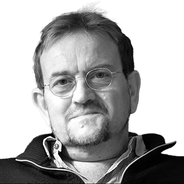