Indonesian police say three people have been arrested for planning terror attacks on targets that included the Danish Embassy in Jakarta.

Details of the plots were intercepted by police wiretaps on the suspects, which included Indonesia’s most wanted terrorist, Abdullah Sunata.

Another suspected terrorist was shot and killed during a police raid on a house where weapons and explosives were being kept.

The police themselves were the primary target of the terrorists, according to reports.

According to the New Zealand Herald, at least 60 people connected to Sunata’s terror cell have been arrested in recent crackdowns on Islamic militants over the past few months.

Børge Pedersen, the Danish ambassador to Indonesia, said the embassy had not appeared to be in any danger and that he only heard about the plot early Thursday morning.

Foreign Minister Lene Espersen said she was ‘concerned’ about the revelation, and said the ministry would discuss what if any steps needed to be taken. 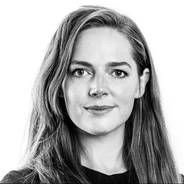