City bus operator Netbus is finding that ‘manning’ its 42 busses on the heavily travelled 5A route with minority women is helping curb unruly passenger behaviour and attracting more women to the job.

The 5A, which cuts through the middle of the ethnically diverse Nørrebro district, transports 65,000 people every day, making it northern Europe’s busiest bus route.

Netbus figures show that in the first year the company operated the route there were 16 reported instances of a driver feeling threatened by passengers. But none of them involved the route’s two female minority drivers.

Based on the positive results and feedback about the Brazilian and Albanian natives, Netbus has just hired a third female driver with immigrant roots, this time from Pakistan.

‘I think they respect women drivers more,’ said Sieland. ‘Also, women tend to drive safer, are good at resolving conflict and have an almost built-in service gene, while men often have a need to show they are captain of the bus.’

The newest of the three 5A women, Saiqa Mehmooda, used to be a teacher. As a practicing Muslim she wears a headscarf when she works, and she says young Muslim men show her more respect because of it.

‘When I taught, I noticed the boys would maybe cuss and talk back to the other teachers,’ she said. ‘But when I scolded them they suddenly became nice and charming. I think it’s the same in the bus.’

Netbus’s new recruiting programme seems to be having the desired effect. Movia, which co-ordinates bus service in the region, just named the 5A ‘City Bus Line of the Year’ after receiving the highest rating in an annual rider satisfaction survey. 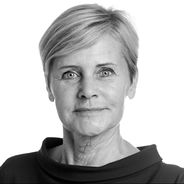