Exports of energy technologies nearly surpassed agriculture as the country’s largest export industry in 2008. Experts predict the industry will grow in the years to come, but are warning that slowing economy will stall last year’s runaway growth, reports Berlingske Tidende newspaper.

After reaching record levels in 2007, exports grew again last year, increasing by 19 percent to 64 billion kroner, according to newly published figures from the Energy Agency and the Energy Industry Federation.

The increase places Denmark well ahead of the European average of 5 percent growth in energy technologies and brings the industry on a par with agriculture as the country’s most important export, which tallied sales of 64.4 billion kroner last year.

Energy technologies, primarily wind turbines, but also energy saving devices such as thermostats and pumps, accounted for 11 percent of total exports – twice as much as in 2007.

Growth rates four times faster than average export growth helped sales of energy technologies surpass fossil fuel exports, which amounted to 48 billion kroner in 2008. But export economists point out that even though the high price of oil last year inflated the value of oil and gas exports, it also intensified countries’ interest in green energy investments.

Now that the prices are falling, countries’ commitment to clean energy technologies could weaken, they say.

According to International Energy Agency statistics, global investments in energy technologies have fallen 40 percent this year, but Jacob Warburg, of the Danish Export Council, believes any ground lost will be made up again.

He points to the emphasis placed on investments for climate and environmental technologies in many of the stimulus packages passed by governments around the world in recent months.

‘I don’t think this is permanent. There are so many public stimulus packages out there, and there is a general awareness of climate and energy. We see this as an industry with enormous potential.’

The Confederation of Danish Industry, the parent organisation of the Energy Industry Federation, also warned that the effects of the slowing economy will be seen in 2009 export figures, but expects growth to resume again in 2010.

Despite the slow down, Siemens, the country’s second largest producer of wind turbines, expects exports to increase this year, and predicted that the industry would have a long-term impact on the national economy. 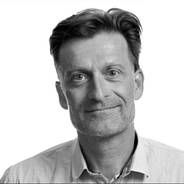