According to Southern Zealand Police, the 52-year-old woman poisoned her husband, mother-in-law and a boarder with morphine during 2006 and 2007.

The woman, currently serving a prison term for the attempted murder of her former partner after stabbing him in the neck last December, had reportedly stored up large amounts of morphine prescribed to her when she had cancer.

Police say the first victim was the 81-year-old mother-in-law, who was found dead in April 2006. A few weeks later, the woman’s husband also died. The woman was charged with that murder in March 2009.

Now police are indicating that the death in October 2007 of a female boarder renting a room in the woman’s house was also murdered.

At first, police did not consider the death suspicious. But a second autopsy was conducted based on the woman’s other charges and rumours that she was responsible for more deaths. 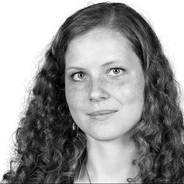