Admiral Miodrag Jokic, 69, who was found guilty by the UN's war crimes tribunal in March 2004 for his role in the Yugoslavian army's 1991 bombing of the historic Croatian port of Dubrovnik, will be serving the remainder of his UN-sanctioned sentence in Denmark.

Originally charged on 13 violations of law and customs of war, Jokic entered a plea agreement with the UN admitting guilt on six counts including murder, unlawful attacks on civilians and the destruction of religious and historic monuments in the 6 December bombing. The attack destroyed and damaged several cultural landmarks in Dubrovnik's medieval walled city, a U.N.-designated world heritage site sometimes called 'the Pearl of the Adriatic.'

The Copenhagen City Court approved Jokic serving the rest of his seven-year sentence in Danish prison. The Danish Prison and Probation Service has declined to make public where Jokic would be placed or release any information on when he would be transferred to Denmark from the Netherlands, reported US-based Balkan watchdog Serbianna.com.

Thursday's decision was a formality as Danish law required a court approval before UN convicted criminals can be transferred into the country. In 2004, the country agreed to allow persons convicted by The Hague court in connection to Yugoslavian war crimes to serve their sentences in national prisons.

There are currently two other persons convicted of war crimes in Bosnia serving prison sentences in Denmark.

Denmark has denied other war criminals entry into Danish prisons, most recently the Liberian dictator Charles Taylor who is currently imprisoned at The Hague.

Three other Yugoslavian military leaders, Pavle Strugar, Milan Zec and Vladimir Kovacevic, were also charged by the war crimes tribunal for the 1991 shelling. Charges against Zec were withdrawn in 2001. Strugar, who surrendered to the court but plead not guilty, and Kovacevic's trials are at various stages of appeal and bargaining processes. 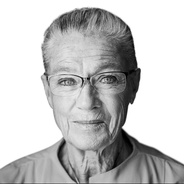