The deal, which has a potential value of DKK 1.5 billion, calls on Terma to develop materials for the plane's elevator controls. It further increases the Århus-based company's role in the JSF project, which is expected to take flight in 2008-9.

In the past, the company, which employs 1000 people, has worked on designing gun pods, weapons pylons, composite panels for the airframe, as well as tests pods and test equipment for the project.

Despite the relatively small size of the Danish arms industry, the order provided a seal of approval and growing recognition of the industry, said the minister of defence, Søren Gade.

'The Danish defence industry has become more visible on the world market. The really large international companies have realised that Danish companies can deliver the goods and that has an effect on the small companies,' Gade told daily newspaper Jyllands-Posten.

The Danish GPV Group has also been tapped to supply components for the Pratt & Whitney jet engines in the fighter. 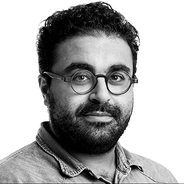