Over the last several years, real estate agents have been accustomed to notching up the price tag on houses at least 10 percent higher than estimated worth, according to sources in the industry. But housing prices are on the way down, according to a report by daily newspaper BT.

Since April, the newspaper followed the development of 1100 houses put for sale across the country.

In the country's largest cities, four out of ten houses put up for sale were still on the market after three months, causing realtors to drop the prices in order to make the sale.

'There has really been a shift on the market. It has become a buyer's marker in the capital and in Århus,' said Rune Sørensen, an economist with Realkredit Danmark.

A record number of houses on the market have decreased in price after not selling in less than half a year.

''Interest rates have risen and so has the number of houses for sale. With that in mind, real estate agents have naturally begun to re-evaluate prices after a few months,' said Jan Nordmann, EDC's communications manager.

The market has also been more saturated with houses for sale than in recent times. Since February of this year, the number of houses put up for sale has risen by 34 percent.

When the housing market regulates itself again, the overpricing tactic will give way to larger discounts, reported BT. 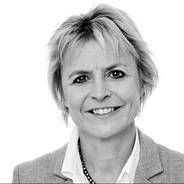